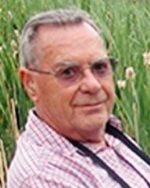 Richard retired in 1990 after serving 11 ½ years as a professional Y.M.C.A. Director. He served as youth director in Oskaloosa, IA, Physical Education and Camp Director in Dubuque, IA, Executive Director of the Jefferson County Branch of the St. Louis, Missouri Y.M.C.A., Program Director and Camp Director in Hutchinson, KS, and Executive Director of the Y.M.C.A. in Belleville, IL. He additionally worked as a social worker in St. Louis, MO, Waco, TX, and Ft. Lauderdale, FL for some 12 years. In the retail field he served as Manager of Kay Bee Toy and Hobby Shops, Manager of Cannon Craft Stores, and owned his own business, Blinds by Harrison. He was a Captain of the U.S.A.F., where he served seven years as a pilot and machine accounting officer. Following active duty, he served as an Instructor in the Air Force Reserves.

Since his retirement in 1990, Richard was one of the initiating members of the Oakland Neighborhood Association in Belleville, IL and served as its Treasurer for 11 years. He was a Block Captain for 12 years and assisted in the distribution of the monthly “Oakland News” to some 700 homes as well as writing “Rich’s Assistance Corner”.  He continued as an active A.A.R.P. Chapter 2827 member, having served as its Treasurer for three years, Vice-President for two years, and President for two years, where he initiated an A.A.R.P. Information Center at the Southern Illinois Community College Senior Center. Richard also served as an A.A.R.P. representative on the P.S.O.P. Advisory Council. He served as the A.A.R.P. Bus Coordinator for the annual A.A.R.P. Senior Lobby Day in Springfield, IL for some years. He was an active volunteer and counselor for 20 years at P.S.O.P. in the Senior Health Insurance Program. Richard was a member of the SWIC, PSOP, RSVP Advisory Council, where he delivered “Meals on Wheels”, line danced, square danced, round danced, ballroom danced, and traveled to 13 countries worldwide.

He moved to Las Vegas, Nevada in 2013, where he continued to serve as a volunteer S.H.I.P. counselor at Mountain View Hospital as well as doing two health fairs per month and periodic presentations on Medicare at Assisted Living Centers and Senior Centers. He received the President’s Volunteer Service Award in 2016 with a congratulatory letter from President Barack Obama.

He was preceded in death by his parents, George and Zayda, nee Stradley, Harrison of Marshalltown, IA; and one sister, Joan Cain.

Memorials may be made to the Southwestern Illinois College Programs & Services for Older Persons, or to the Southeastern Illinois Y.M.C.A.  Condolences may be expressed to the family online at www.rennerfh.com.