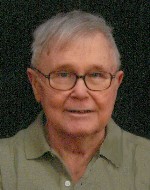 Mr. Hechenberger retired as an installer for Alcatel-Lucent Technology, where he had worked for nearly 38 years.  He was a member of St. Henry’s Parish, Belleville, IL.  He was also a volunteer at the Shrine of Our Lady of the Snows.

Richard was preceded in death by his parents, Edward and Shannon, nee Fenoughty, Hechenberger.

Memorials may be made to the Flash Estates (formerly Belle Manor), 225 West B St., Belleville, IL  62220, or to Hospice of Southern Illinois.  Condolences may be expressed to the family online at www.rennerfh.com.

My deepest sympathies to the family.

I haven’t seen Rick since High School. Seeing his picture today brought a smile to my heart. He was a good guy. Condolences to the family.

Dear Father Jerry,
I’m so sorry that you lost your brother Richard. I don’t I ever met him, but I bet he was a nice guy just like you. You have my deepest sympathy. I will keep you and your family in my prayers.
Your Friend Always,
Lisa Marie McDonald

Deepest sympathy to
Rick’s family. He was and his memory will always be that of a kind and good person.

My sincere condolences to Ricks family. I haven;t seen Rick since high school but seeing his picture brought back the memories of his being our class champion hot dog eater. What a guy!