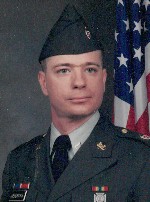 Richard was preceded in death by his father, Arvel Hendricks; and a brother, Michael Hendricks.

In lieu of flowers, memorials may be made to the ASPCA (American Society for the Prevention of Cruelty to Animals).  Condolences may be expressed to the family online at www.rennerfh.com.

Visitation:  Friends may visit with the family from 10 to 11 a.m. Saturday, January 23, 2016, at St. Augustine of Canterbury Catholic Church, Belleville, IL.

Our prayers are with your family.

I have fond memories growing up with Richard in East St Louis. always made us laugh.