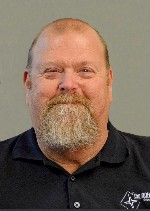 Richard worked as a facilities manager for ROHO, Inc. and retired after 34 years of service. After his retirement, he worked as a groundskeeper for Freeburg Community High School.  Richard really enjoyed his time at the high school and made many friends there.  He also enjoyed helping out at his son’s company, COMRO Products. He was a vehicle enthusiast who loved cars and motorcycles. Richard never met a stranger. He was a loving husband, father, and grandfather who will be greatly missed.

He was preceded in death by his father, Virgil Klotz; two brothers, Ronnie and Randy Klotz; his mother-in-law, Dolores Mezyk; a niece, Kerri Voigt; and a nephew, Danny Klotz.

Funeral: A memorial service will be held at a later date.

Burial will be at Walnut Hill Cemetery, Belleville, IL, at a later date.