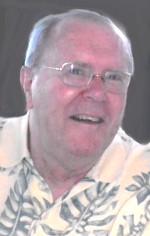 Print Obituary
Richard E. Krummrich, 91 of Belleville, IL passed away peacefully early Thursday morning April 2, 2020, at his home. He was surrounded by his wife Audrey and family.

Richard was born and raised in “Beautiful Belleville” where he attended Township High and Belleville Area College, and where he met and married his High School sweetheart Audrey. Together they raised a family, owned a business and remained a vital part of the Belleville Community.

Richard graduated from St. Louis College of Pharmacy in 1952 and, after serving overseas during the Korean Conflict, he returned to Belleville, married Audrey on May 1st 1954 and began his career at Bridges and Ward Pharmacy. In 1970 he and Audrey became the owners of Krummrich’s Pharmacy. At the Pharmacy, Richard was trusted and loved by so many of his customers for providing caring and professional healthcare advice.
He was a member of multiple community organizations including the IPHA, the Elks and the Optimist Club. He was a life-long member of St. Paul United Church of Christ where he served on the Church Council and as a Sunday School Teacher.

During his younger years, Richard enjoyed playing tennis, cooking, and loved to dance with his beloved Audrey. In later years, when Multiple Sclerosis slowed him, he was an avid reader. He was especially fond of Historical Biographies. He was a great conversationalist and could always be counted on to supply a humorous witticism that was sure to bring a smile.

Richard was preceded in death by his parents, Henry T. Krummrich and Johanna F Krummrich (Fischer); a brother, Henry in infancy; a brother, Linn T Krummrich; and a sister-in-law, Eleanor Krummrich.

Memorial donations can be made to the National Multiple Sclerosis Society or a charity of your choice. Condolences may be expressed to the family online at www.rennerfh.com.

Funeral:  A Private Ceremony will be held for immediate family members with a Memorial Service held at a later date.