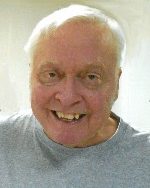 He was preceded in death by a son, Scott Phillips; his parents, Keith and Ruby Lorraine, nee Buckner, Phillips; and one sister, Yvonne Phillips.

Surviving are his wife of 50 and one-half years, Cynthia Clare, nee Kish, Phillips, whom he married on September 7, 1966;
one daughter, Rhonda Lynn Phillips of Collinsville, IL;
one grandchild, Ryder Saak;
two brothers, David Phillips, and William (Linda) Phillips, both of Oklahoma;
four sisters, Rosemary (Cliff) Jones of California, Dawn Mejia and Lori Phillips, both of Nevada, and Lisa Wiley of Oklahoma;
aunts and uncles;
many nieces and nephews;
and great-nieces and great-nephews.

In lieu of flowers, memorials may be made to Puppy Rescue 911, to the Chester Senior Center, or to Shriners Hospital for Children. Condolences may be expressed to the family online at www.rennerfh.com.