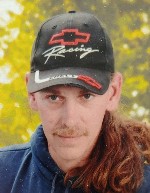 Richard was preceded in death by his father, Timothy Richard Pado; and his great-grandmother, Carrie Taylor.

“He always called me his guardian angel, but this time he flew faster than me.”

In lieu of flowers, memorials may be made to the family in care of Emily Elam.  Condolences may be expressed to the family online at www.rennerfh.com.

Funeral:  A private family memorial will be held.