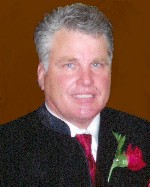 On his report card from Kindergarten, Richard Wakefield’s teacher noted his obsession with “keeping a beat.”  Once his mom bought him his first drum set, his world changed, he marched to his own beat ever since.

Richard was successful in the music industry.  He played in bands, opened a music store, built and designed his own equipment and finally expanded into a sound, lighting and staging company, Wakefield Systems.  He made bad band’s sound good and good band’s sound great.  From AC/DC to Zeppelin, he did them all.  He was currently the Senior Audio Engineer at Hollywood Amphitheater.

He married the love of his life, and had two children, Holly and Justin.  He led by example.  Rich showed his children the importance of love, compassion and a good work ethic.  He enjoyed spending time with his friends, boating, and most of all, he loved being with his grandkids.

Richard was preceded in death by his father, Charles Edward Wakefield.

Surviving are a daughter, Holly (Rob) Wallace of Huntington, NY; a son, Justin (Julie) Wakefield of Freeburg, IL; and Ruby Whitehead and Hunter Hutton, whom he loved like his own children; four grandchildren, Blaise, Gannon, Simera, and Greta; his mother, Merle, nee Sutton, Wakefield; three brothers, Michael, Danny and Larry (Gloria) Wakefield; a sister, Sandy, and many dear friends.

Memorials may be made to 22Qfoundation.org and Little Flower Children’s Services, Wading River, NY.  Both organizations are instrumental in helping children with special needs.  Condolences may be expressed to the family online at www.rennerfh.com.

A celebration of life will follow the burial, at Freeburg Sportsman’s Club, 770 Old Fayetteville Road, Freeburg, IL.  The family would love to see Rich’s friends play music, tell stories, and remember the