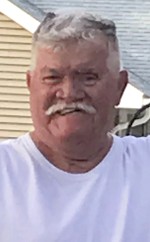 Print Obituary
Richard Edward Wittenauer Sr., 78, of Millstadt, IL, born July 20, 1942, passed away Thursday, February 11, 2021, at Memorial Hospital, Belleville, IL, with his family by his side.

Richard was born to Raymond O. and Angeline E., nee Muckensturm, Wittenauer. He attended Cathedral High School. He served in the Marines from March, 1960 to February, 1966. He graduated from Ranken Technical College in St. Louis. Richard married Danna Winkelmann, in April, 1966. He retired from Afton Chemical in Sauget, IL in 2010. There he served as ICWU Local 871 Union President for many years. He lived in Millstadt with his wife of 54 years, Danna, and his dog Lucy. He will be greatly missed by his family and friends.

In lieu of flowers, donations may be made to Paws for Pets, PO Box 445, Troy, IL 62294. Condolences may be expressed to the family online at www.rennerfh.com.