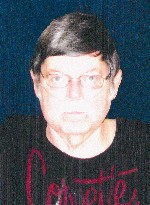 Ricky was a hodd carrier for many years before his long illness, having worked for Union Local 459 which later became Local 100.  He was a member of the Freeburg Sportsman’s Club.  Ricky’s greatest love was for cars.  His El Camino “Elkey” was his pride and joy.  This love was only surpassed by the love for his family.

He was preceded in death by his parents, Eugene and Delores, nee McGraw, Kramer; and his father-in-law and mother-in-law, Frank and Opal, nee Lercher, Schulte.

In lieu of flowers, memorials may be made to the family. Condolences may be expressed to the family online at www.rennerfh.com.

Visitation:  Friends may visit with the family from 9 to 10 a.m. Saturday, September 30, 2017, at St. John the Baptist Catholic Church, Smithton, IL.

At Ricky’s request, cremation was held.