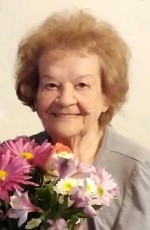 Rita had previously worked at Bel-Air Bowl and The Jug, both in Belleville, IL. She enjoyed playing cards, golfing, bowling, and bingo. Rita was a devoted mother, grandmother, and great-grandmother, who will be dearly missed.

Visitation:  Friends may visit from 1 to 3 p.m. Sunday, January 24, 2021, at George Renner & Sons Funeral Home, Belleville, IL. Standard CDC guidelines, including masks and a limited number of visitors at any one time will be observed.

Private burial will be held at a later date.