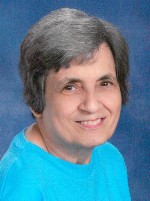 Mrs. Poston was a homemaker and a member of St. Teresa Catholic Church, Belleville, IL. She was also a member of the Perpetual Help Ladies Club and the Quilters Club at the church.

Memorials may be made in the form of masses or to the St. Teresa Quilters Club.  Condolences may be expressed to the family online at www.rennerfh.com.