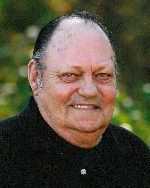 Mr. Appel was a letter carrier for the Belleville post office for 36 years before his retirement and was a member of the National Association of Letter Carriers, Branch 155.  He graduated from St. Luke’s Catholic Grade School in 1952 and from Cathedral High School in 1956.  Bob was a big sports fan and especially enjoyed watching the St. Louis Cardinals.  He was a U. S. Army veteran.

Robert was preceded in death by his wife of 35 great and beautiful years, Rita Marie, nee Daesch, Appel, whom he married on November 3, 1973, and who died on September 4, 2008; his parents, Lester T. and Ann M., nee Georgal, Appel; a great-grandchild, Gianna Riester; a sister, JoAnn Edmundson; and four brothers-in-law Rodger Glueck, Wayne Saeger, Harold “Butch” Gaubatz, and Howard Edmundson.

Memorials may be made to the Juvenile Diabetes Research Foundation or to the American Diabetes Association.  Condolences may be expressed to the family online at www.rennerfh.com.

Burial with military honors will be at Walnut Hill Cemetery, Belleville, IL