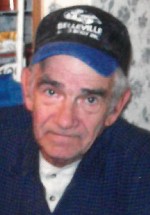 Bob along with his wife, Betty, own Belleville Auto Body and took great pride in customizing cars back in the day.  He spent many hours at the shop, and it was much more than work for him. His friends and family would often stop by after hours for “just one more”.  He loved camping, boating, stock car racing (Bittle 89 and more), anything with a motor, and the great outdoors.  Bob could talk to anyone about anything and was truly one of the good guys.  He will be missed by his family and friends, but he will live on through his lessons and stories.

He was preceded in death by his parents, Harold and Fern, nee Schwellensattl, Bittle; and two great-granddaughters, Emersyn and Charlee Stuhlsatz;

Funeral:  Per Bob’s wishes, his family will have a small private memorial.