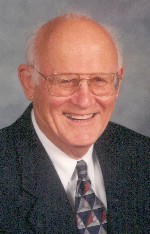 Dr. Boivin was an anesthesiologist at St. Elizabeth’s Hospital, Belleville, IL, from 1969 until 1994.  He loved Notre Dame football, Creighton Basketball, and grew up following the Boston Red Sox. Ted Williams was his favorite player.  Once moving to St. Louis, he became a Cardinals fan. Robert was a devoted family man, and a member of St. Teresa Catholic Church since 1969.

Memorials may be made to Catholic Charities or to Feed the Children. Condolences may be expressed to the family online at www.rennerfh.com.

Entombment with military honors will be at Green Mount Catholic Mausoleum.