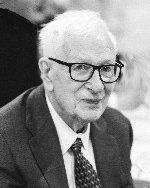 Bob was a banker’s son to parents Joseph Wendell Hartman and Teresa Harter Hartman.  He was one of 2 sons who loved baseball foremost, basketball and trombone.  He was an excellent student and graduated from Tuscola High School at the age of 16 in the middle of the World War II.

He enlisted for Officer’s School and began a year of naval education that included aviation training.  The war ended prior to his deployment allowing Bob to continue his mechanical engineering education at the University of Illinois – often thumbing his way up US 45 to Champaign from Pesotum.   Upon graduation he began his engineering career with the Standard Oil Company in Whiting, Indiana. He fell in love with Patricia Ann Moore, who lived in close proximity to Wrigley Field. Bob and Pat were married in 1954 in Arcola, Illinois. Shortly thereafter, Bob transferred to Standard Oil’s Wood River, Illinois refinery. The couple settled in Edwardsville and had 5 children. They were happily married for 20 years when she unexpectedly passed in 1974.  Bob found the second love of his life in Leila Stoltze, who with her daughter Mary Ann, joined the Hartman family in 1976. Leila and Bob were perfectly matched with a mutual love for traveling, playing bridge, and of course baseball.  Both also shared a Catholic faith that they lived daily.

Bob was recruited to become the Chief Utility Engineer for AMOCO’s flagship refinery in Texas City, Texas in 1977.  He retired in 1986, and continued to live in Seabrook, Texas until he and Leila moved to the Our Lady of the Snows residential apartments in 2000.

Bob was an involved father and supportive husband who shared his love of sports with his family and the community.  He coached dozens of sports teams in the Edwardsville area, was instrumental in the development of the Hoppe baseball fields and served for five years as the Edwardsville Little League Baseball Treasurer.  His love of sports continued into his later years as demonstrated by his repeated success in the Senior Olympics including a number of gold medals.

Bob possessed many skills that contributed to his family’s fabric of life.  He could fix anything and used his handyman skills to create wonderful holiday items; to include award winning costumes for the Edwardsville Halloween parade, and his widely admired geometric lighted Christmas balls.  He was an avid game player – especially if it involved cards – bridge, seven-up and cribbage. Bob was known for tying a perfect Windsor knot and making the perfect “Old-Fashioned”.  These were among many abilities he passed on to his admiring grandchildren.

Bob’s many friends and family will continue to remember Bob for the high standard in which he lived his entire life.  He was a man of great faith, integrity, humility, joy and wisdom.  He lived his life to the fullest and exemplified the finest virtues.

The family is also grateful for the friendship and care given to both Bob and Leila by Gloria Garner and Jennifer Schwarte at Our Lady of the Snows (n/k/a The Esquiline).

In lieu of flowers, memorial donations can be made to St. Boniface Catholic Church or to the Edwardsville Little League Association.  Condolences may be expressed to the family online at www.rennerfh.com.

Funeral:  A Mass of Christian Burial will be held at 11:15 a.m. Thursday at the Apartment Community Chapel at the Shrine of Our Lady of the Snows, Belleville, IL.

Burial will be at St. Boniface Catholic Cemetery, Edwardsville, IL