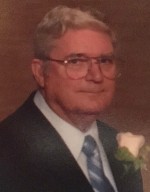 Col. Jacobs was a veteran of the United States Air Force, retiring with more than 30 years of military service.

Memorials may be made to Zion Lutheran Church.  Condolences may be expressed to the family online at www.rennerfh.com.

Funeral:  A funeral service will be held at 2 p.m. Thursday at the funeral home with Rev. Darwin Schrader officiating.  Burial will be at Greenlawn Memorial Park, Columbia, SC, at a later date.

To Steve and family. So sorry to see your dad has passed away. He was such a nice man. We always enjoyed both your mom and dad when they came to see us at Dr. Reynolds office. Thoughts and prayers are with you. Dolly