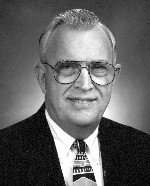 Mr. Knee was a St. Clair Township assessor, a former member of the Swansea Volunteer Fire Department, and a United States Air Force veteran.  Bob, along with his wife, Marian, had also been a member of St. Teresa’s Catholic Church in recent years.

He was preceded in death by his wife, Marian C., nee Schmittling, Knee, who died on October 12, 2007; his parents, George and Carolyn, nee Dietz, Knee; and an infant granddaughter, Heather Knee.

In lieu of flowers, memorials may be made to St. Jude Children’s Research Hospital.  Condolences may be expressed to the family online at www.rennerfh.com.

My deepest sympathy to all of you on the loss of your father, father-in-law and grandfather. Bob was a great neighbor!