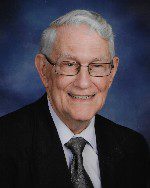 Mr. Landes was a minister with the Presbyterian Church USA. He also worked as a social worker with the Illinois Department of Public Aid.

Memorials may be made to the Belleville Chapter of the Salvation Army (https://www.salvationarmyusa.org/usn/) or to the Theological Education Fund with the Presbyterian Church Foundation (http://www.presbyterianfoundation.org/tef/). Condolences may be expressed to the family online at www.rennerfh.com.

Memorial Service: A memorial service will be held at 2 p.m. on June 9, 2018, at First United Presbyterian Church, Belleville, Illinois.