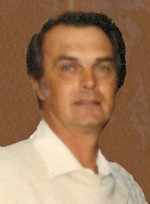 Mr. Loehr retired from Terminal Railroad, where he had worked as a switchman and engineer.  He was an avid hunter and loved to visit with friends.

He was preceded in death by his parents, Oscar J. and Margaret, nee Schaub, Loehr; a brother, Edmund Loehr; and a niece, Pam Montgomery.

In lieu of flowers, memorials may be made to the neurosurgery department with the Barnes-Jewish Foundation. The website may be found at www.foundationbarnesjewish.org/how-to-give/give-now. Condolences may be expressed to the family online at www.rennerfh.com.