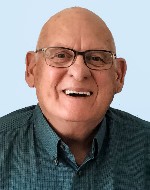 Bob was a unit attendant for 21 years and retired from Illinois Power Company after working for United Parcel Service (UPS) for 7 years.  He also worked as a Sacristan at the Shrine of Our Lady of the Snows for 14 years.  Bob ended his career as a bus driver for Gibault Catholic High School, Waterloo, IL.  Bob was a devout Catholic. He was an active member of St. John the Baptist Catholic Church, Smithton, IL where he was a member of the Holy Name Society and at St. Boniface Catholic Church, Evansville, IL.  Most recently, Bob was an active member of St. John the Baptist Catholic Church, Red Bud, IL.  As a member of the Knights of Columbus, Bob was a Charter Member and Grand Knight of the St. John the Baptist Council #12152 in Red Bud and a Fourth Degree Member of the Fort Kaskaskia Assembly #1287 in Evansville.  Bob was also a Scout Master and youth baseball coach for many years.  He always enjoyed instilling important life lessons in all youth that had the privilege of having him as a leader.

He was preceded in death by his parents, Stephen and Leona, nee Hennrich, Mertens; and a sister, Sister Stephanie Mertens, ASC.

Memorials may be made in the form of masses to be distributed to parishes of the family’s choice, or a Memorial fund to be utilized by the family in Bob’s memory.  Condolences may be expressed to the family online at www.rennerfh.com.

The family would like to extend a special thank you for the care and compassion provided by the staff at Magnolia Terrace, Waterloo, IL.

Burial will be at St. Boniface Catholic Cemetery, Evansville, IL.