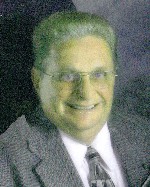 Robert attended Assumption High School, Washington University, and Ranken Technical College.  He worked for Bel-O Heating & Cooling and Johnson Controls.  Later, he was the owner and operator of Norton’s Automotive.  Mr. Norton was a member of Plumbers and Pipefitters Union Local 101, the Knights of Columbus, and St. Peter’s Cathedral Catholic Church.  He loved to hunt with his friends and his nephew, Mark.

Mr. Norton was preceded in death by his parents, Fremont and Helen Norton; his father-in-law and mother-in-law, Paul and Lorene Feder; and two brothers-in-law, Kevin Duffy and Edward Kisner.