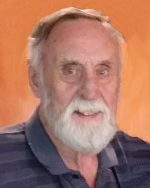 Bob retired from the United States Air Force on June 30, 1980, and then worked as a superintendent for Bob Wolf Construction Company. He then accepted a position with CSC Government Solutions LLC, where he retired from in December 2014.

Bob was preceded in death by his parents, Leslie and Winifred, nee Muholland, Pearson; two sisters, Mary Catherine and Patricia Ann; a niece, Susan; and a nephew, Brian.

Memorials may be made to St. Augustine of Canterbury Catholic Church or to the charity of the donor’s choice. Condolences may be expressed to the family online at www.rennerfh.com.