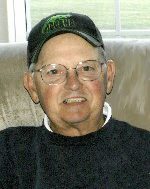 Mr. Reindl was a Business Manager for Southwestern Bell. He was also a substitute teacher for 5 years.  Robert was a proud United States Army veteran. He enjoyed politics and ran for St. Clair County Board. He was a loving husband, father and grandfather. He was an avid fisherman including catching an 8 lbs. bass. He was an avid golfer and shot a hole in one.

He was preceded in death by his parents, Robert and Permelia, nee Burke, Reindl; a son, Scott Corley Reindl, in infancy; a sister, Louise Stoltz; and his grandmother, Hazel “Gram” Schmidt; and a brother-in-law, Ralph Corley.

Military honors will be held at 6:00 p.m. Monday at the Quail Club.