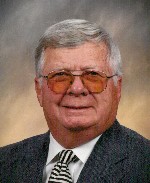 Known to everyone as “Bob” even to his grandchildren, he was a lather by trade, and a member of Union Local 73-L.  To all his neighbors near and far, Bob was a small engine and lawn mower repair savant. He was a United States Marine Corps veteran and proudly served his country for 10 years during the Korean war.

He was preceded in death by his parents, Howard and Helen, nee Zeiser, Sheer; and his dear brother, Jack Sheer.

The family would like to extend a special acknowledgement to Unity Hospice, to Kara, Matt, and Amber, and to Ann and Bill Polka for their loving support of Bob through his final journey.

In lieu of flowers, donations may be made to Unity Hospice, St. Peter’s Cathedral, or memorial masses.  Condolences may be expressed to the family online at www.rennerfh.com.

According to Bob’s wishes, his body was donated to science.