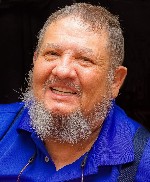 Robert was a Network Administrator at Scott Air Force Base. He loved photography and fishing. Robert was a Fourth Degree member of the Knights of Columbus – O’Fallon Chapter. He was a retired United States Navy veteran.

He was preceded in death by his father, Robert L. Smith.

Funeral: Memorial services to be held at a later date.