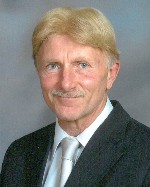 Mr. Seibert was an electrician, working as an electrical contractor and electrical inspector. He owned and operated Lebanon & Seibert Electric, Lebanon, IL. Sonny was very involved in Tiiea-ryu karate and was an eighth-degree black belt. He was a member of Zion Lutheran Church, Belleville, IL, and played trumpet in the church orchestra.

Bob was preceded in death by his parents, Ben and Henrietta, nee Kniepkamp, Seibert; his father-in-law and mother-in-law, Dr. Raymond J. and Dorothy, nee Stauder, Walta; and a niece, Brittany May.

Surviving are his wife of 42 years, Deborah, nee Walta, Seibert, whom he married on May 20, 1978; two daughters, Jennifer Seibert, and Brooke Seibert; three brothers-in-law, Michael (Evelyn) Walta, Jeffrey Walta, and Timothy Walta; a sister-in-law, Beth (Robert) May; a nephew, Jordan May; a niece, Lauren (Jake) Bayers; two-great nephews, Brody and Bennette; and cousins.

Memorials may be made to Zion Lutheran Church, or to HSHS Hospice. Condolences may be expressed to the family online at www.rennerfh.com.