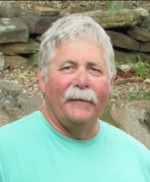 Print Obituary
Robert “Bob” “Goots” Allan Weygandt was born January 15, 1951, in Belleville, IL.  He died peacefully with his family by his side on Wednesday, February 23, 2022, at his residence.  He was 71 years old.

“Goots” grew up in Belleville with his three brothers and countless friends.  His childhood consisted of playing baseball at East End Park from dawn until dusk.  He attended Cathedral Grade School, Althoff High School, and Benedictine College.  He was in the Army Reserves.

Bob met his beautiful wife Cindy, and they were married July 21, 1978. He spent 43 wonderful years having fun with her, relaxing at the lake, and dancing.  They raised four children and have eight grandchildren. He worked for Ameren for 41 years and retired in 2014 but started his lake life with Cindy in 2006.  The lake was his happy place and he wanted nothing more than for his children and grandchildren to have a great time every time they visited.  He enjoyed dancing and singing on the dock with everyone and having weekly appetizer nights with his cove friends.

A dedicated father, he arose every morning to make sack lunches packed in Reynolds wrap.  He worked hard his whole life and made family dinners a priority as well as frequent family movie nights. He was always available to his wife and children with words of wisdom, laughs, advice, and so much love.

Everywhere Bob went, he lit up a room with laughter and jokes and everyone that knew him truly loved him for his loyalty, generosity, and friendship.  He loved family parties with his brothers and nights out with lifelong friends. He truly loved life, his family, and his friends.  The door was always open and the table at Garden Boulevard solved many of the world’s problems. He will truly be missed and remembered by so many loved ones.

He was preceded in death by his father, Adolph J. Weygandt; his mother, Sylvia K., nee Fournie, Kraft; and his stepfather, Sherdell Kraft.

A celebration of life will immediately follow the service at Cutter’s Restaurant in Belleville.