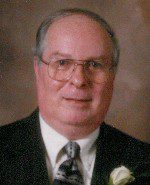 After graduating from Ball State University, Muncie, IN, Bob proudly served as an officer in the United States Air Force from 1957 to 1977.  He traveled throughout the world during his service, including assignments in England, the Philippines, Taiwan, as well as many stations in the U.S. before retiring at Scott Air Force Base. Upon retirement, he worked for several years at RadioShack.  Later, Bob and Rita enjoyed operating their Wild Birds Unlimited Store in Kirkwood, MO.

Bob enjoyed the outdoors:  fishing, hunting and birding, submitting many articles to outdoor magazines.  He also had a passion for photography, music, and was a member of the International Trumpet Guild.  He loved to play tennis with his many friends at the St. Clair Tennis Club.

He was preceded in death by a son, Robert S. “Steve” Whitcomb; and his parents, Paul and Naomi, nee Cook, Whitcomb.

The family would like to extend special thanks to the many compassionate care providers for Bob, including St. Elizabeth’s Hospital, St. Paul’s Rehab Center, Home Instead, Southwestern Illinois Visiting Nurses Association, Sycamore Village, Vitas Hospice, and Doctors Justin Floyd and Judith Weis.

In lieu of flowers, memorials may be made to Defenders of Wildlife, to Habitat for Humanity, or to The Smile Train.  Condolences may be expressed to the family online at www.rennerfh.com.