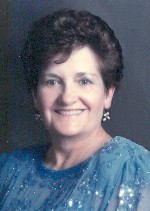 She was educated as a teacher at Saint Joseph’s College of Maine.  She married Robert Boivin on July 4, 1955 in Van Buren. She loved all of her grandchildren, and her favorite stories were about them.  She made every story deliciously sweet.  She had a gift with children that will be remembered always.

She was preceded in death by her parents, Francis Xavier and Cecile, nee Tardif, Cyr; and two sisters, Lorraine (Michael) Stauton and Donaldine (Tully) Bowman.

Thank you for always being there for us Mom.

Memorials may be made to Catholic Charities or to Feed the Children. Condolences may be expressed to the family online at www.rennerfh.com.

Entombment will be at Green Mount Catholic Mausoleum.