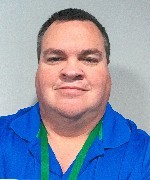 Mr. Campbell was a 29-year veteran of the United States Air Force and retired as a Senior Master Sergeant. Robin was an avid motorcycle enthusiast, an Eagle Scout, a member of the Gold Wing Road Riders Association and Run for the Wall. He was also a member of Calvary Assembly of God Church.

He was preceded in death by a son, Samuel Campbell; a daughter, Sabrina Campbell; and his parents, Paul Samuel and June Elizabeth, nee Stone, Campbell.

Memorials may be made to Run for the Wall. Condolences may be expressed to the family online at www.rennerfh.com.