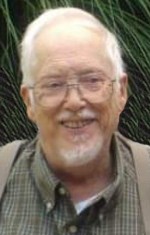 Rod received a bachelor’s degree from SIUE and then worked for the Federal Government and State of Missouri for 35 years before his retirement. After retirement, he worked as a private consultant for the Department of Labor until the present. He was the co-owner / operator of Crystal & Spice Shoppe, along with his wife, Gloria Jean, for the last 36 years.  He was an Eagle Scout and Order of the Arrow recipient. Rod was a United States Navy Veteran. He was an artist, musician, and model train enthusiast.  He loved painting and playing the piano.

He was preceded in death by his parents, Orace A. and Gladys D., nee Gillespie, Smith; and a brother, A. Wayne Smith.

Memorials may be made to the TreeHouse Wildlife Rehabilitation Center. Condolences may be expressed to the family online at www.rennerfh.com.