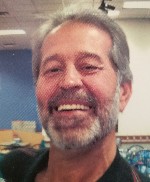 He was preceded in death by his parents, Oscar and Cleta, nee Kaesberg, Holtman; and two brothers, Robert “Hans” Holtman and Terry Holtman.

Memorials may be made to the Make A Wish Foundation. Condolences may be expressed to the family online at www.rennerfh.com.