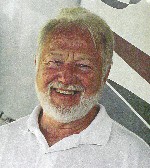 Mr. Kaiser designed jewelry for 20 years and then entered the floral industry as a designer, manager, wholesale sales representative, and finally as an owner at Mr. K’s Flowers and Gifts in Belleville, IL. Upon selling this business, Roger returned as a free-lance designer for many area floral shops.

Mr. Kaiser’s greatest passion was competitive drum and bugle corps and the young people he met through them. He was an original member of The Black Knights and was their drum major in 1958-1959 and marching instructor and associate director from 1960-1963. He went on to teach and direct The Millstadt Crusaders from 1964-1968 and returned to direct The Black Knights from 1972-1975. All three of his corps achieved top ten ranking in the nation. He was an avid fan throughout his life and made many friends and acquaintances in the drum corps world.

He was preceded in death by his parents, Rudolph and Gertrude, nee Thein, Kaiser; a brother, Richard Kaiser; and three sisters, Virginia Sellers, Geraldine Ross, and Grace Joseph.

Surviving are a brother and a sister, Thomas (Lorna) Kaiser,
and Judy (Michael) Quirk, both of Belleville, IL.
and numerous nieces and nephews.

Memorials may be made to St. Jude Children’s Research Hospital or to Shriner’s Hospital for Children.  Condolences may be expressed to the family online at www.rennerfh.com.

Per Roger’s wishes, there will be no formal funeral services.