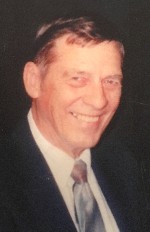 Memorials may be made to St. Mary’s Catholic School, Chester, IL, Knights of Columbus council 3790 or to the Alzheimer’s Association. Condolences may be expressed to the family online at www.rennerfh.com.

As a final act of kindness, Roger donated his body to Saint Louis University School of Medicine, St. Louis, MO.

Funeral: Memorial services will be held at a later date.