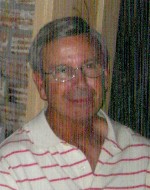 Mr. Wilson was a plumber and member of the Plumber and Pipefitters Local 101 for 50 years. He was a lifelong member of St. Mary Catholic Church and was an active member of the Downtown Belleville YMCA and Belleville Moose Lodge. He enjoyed his daily routines of walking and socializing at the YMCA and playing pool at the Moose Lodge several times per week. He also greatly enjoyed both Notre Dame and NFL football.

Roger was preceded in death by his loving wife of 49 years, Sharon K., nee Black, Wilson, whom he married on September 6, 1965, and who died on June 7, 2015; and his parents, Albert and Frances, nee Polito, Wilson.

Memorials may be made to St. Jude Children’s Research Hospital.  Condolences may be expressed to the family online at www.rennerfh.com.

Funeral:  Due to Covid-19 restrictions, a private graveside service will be held with Msgr. William McGhee officiating.  Burial will be at Green Mount Catholic Cemetery, Belleville, IL.