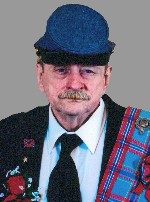 Mr. Doran retired as a custodian for Southwestern Illinois College.  He was a member of the Sons of Confederate Veterans.

Ron
Always thought of me as a brother,as I thought the same of Ron. Ron really loved my cooking, when the holidays and summer was coming Ron looked forward to coming over for a BBQ.
I LOVE YA BRO you will be missed greatly.