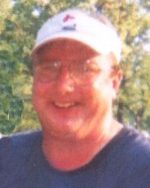 He was an avid sports fan, loved music, and spending time with his family and close friends. Ron was a member of the Fraternal Order of Eagles, Knights of Columbus and Petroleum Equipment Institute.

He was preceded in death by his parents, Richard and Theresa, nee Kujawa, Hughes; grandparents, Leo and Lucille, nee Rybicki, Kujawa; and Homer and Regina, nee Kitowski, Hughes.

Memorials may be made to Songs for Soldiers or to St. Patrick’s Center in St. Louis, MO. Condolences may be expressed to the family online at www.rennerfh.com.