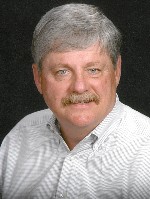 Print Obituary
Peacefully and surrounded by his family, Ronald L. Kahrhoff, 74, of Belleville, IL, passed away on Thursday, June 9, 2022, at his residence.

Ron Kahrhoff is a man that will be remembered as hard working, intelligent and for his dry sense of humor that always made you laugh. In the weeks preceding his death, many friends wrote to share stories and tell him how much they enjoyed knowing him.  Most of all, Ron was known for being a family man.  He took care and supported his family and always had an uplifting attitude while doing so.  He was most proud of his only daughter, Kelley, and his two granddaughters, Emma and Kenzie.  He always had a story or two to tell you about them with a sparkle in his eye while doing so.  He will be deeply missed.

Ron retired after 30 years of service from May Company and was a U.S. Army veteran.  He was also an active parishioner of St. Luke Roman Catholic Church in Belleville and a member of the Men’s Club.  His smile welcomed many who walked through the doors at the soup kitchen facilitated by the church, and he often led rosary prayers at Four Fountains Nursing Home.

He was preceded in death by his parents, Herschel and Dorothy, nee Brunsmann, Kahrhoff; and a brother, John Kahrhoff

In lieu of flowers, memorials may be made to American Cancer Society. Condolences may be expressed to the family online at www.rennerfh.com.