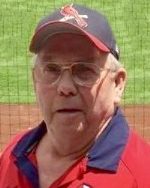 Mr. Kaiser worked at Hunter Packing Company, East St. Louis, IL, for 24 years and retired from Elementis Pigments in East St. Louis, IL, after 25 years of employment there.  He was a proud union member of Local 530 and the Painters District Council 58.  Ron was a coach for the Belleville City Juvenile Baseball League, was an avid fisherman, and belonged to the St. Clair County Anglers Club. He enjoyed golfing and loved the St. Louis Cardinals.

Memorials may be made to Siteman Cancer Center, St. Louis, MO. Condolences may be expressed to the family online at www.rennerfh.com.

Burial will be held at Valhalla Gardens of Memory, Belleville, IL, at a later date.