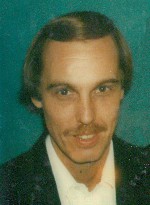 Mr. Mischke was a retired sales associate at Sears, a member of the American Legion Post #58, and of the international retailers union.  He was a graduate of East St. Louis High School and attended Southern Illinois University Edwardsville. He was also a United States Vietnam Army veteran and Ronald was raised in the Baptist faith.

He was preceded in death his parents, Glen and Florence E., nee Touchette, Mischke.

Surviving are his special cousin, Irene Daniels;
a cousin, Eileen Rendine;
and other extended family.

I would like to extend my condolence to Ron’s family. Ron was a great friend and best man at my wedding. I remember what great times we has at the hop and playing softball and basketball for Winstanley Baptist Church.

With sympathies, prayers and respect from the Galvin (nee Stark) relations. Be at peace.