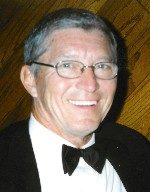 Ronald worked for Sverdrup and Parcel as a structural engineer for 43 years before retirement. After retirement he worked as an usher for the St. Louis Cardinals for 20 years. He was a member of St. Peter’s Cathedral, the Cathedral Men’s Choir and the Metro East Community Chorale. He was a Eucharistic minister at Cathedral and at St. Elizabeth’s Hospital.

He was preceded in death by his parents, Martin “Ole” and Marcella “Sally”, nee Abegg, Olson.

Memorials may be made to Heartland Hospice, to Catholic Urban Programs, St. Peter’s Cathedral, or to Althoff Catholic High School. Condolences may be expressed to the family online at www.rennerfh.com.