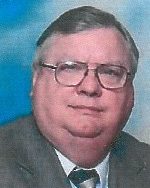 Mr. Jarrett retired as a field inspector in the Architectural Industry.  Previously he worked for the St. Clair County Weatherization Program.

He was preceded in death by his parents, Truman and Lilly Mae, nee White, Jarrett; a granddaughter, Avery Ann Humphries; and a sister, Diana Case.

Memorials may be made to BJC Hospice or to the Belleville Area Humane Society. Condolences may be expressed to the family online at www.rennerfh.com.