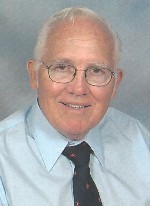 Mr. Womble was a United States Air Force veteran photographer then a civilian electrician at Scott Air Force Base before his retirement.  He was a member of St. Augustine of Canterbury Catholic Church, Belleville, IL, and a member of the choir at church. Mr. Womble was a 4th Degree Knights of Columbus member and was active in the local PSOP Parkinson’s Support Group.  He enjoyed Rock Steady Boxing and exercised daily.  His favorite hobbies included, traveling, camping, boating, fish fries, guitars, and fixing anything broken.  Spending time with his family was the most important thing to him.

In lieu of flowers, memorials may be made to St. Augustine of Canterbury Parish, to PSOP Parkinson’s Support Group. Condolences may be expressed to the family online at www.rennerfh.com.