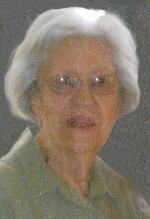 Mrs. Roth worked at the St. Clair County Sheriff’s Department as a bailiff before her retirement. She was a member of St. Peter’s Cathedral, Belleville, IL, and belonged to the Cathedral Quilters. She loved to play cards and in past years, enjoyed traveling with her husband, Melvin. Rosemary was an avid Cubs fan. Go Cubs!

She was preceded in death by her husband, Melvin J. Roth whom she married on January 8, 1947, and who died on May 14, 1991; a son, Michael Roth; a daughter, Margaret “Peggy” (Frank) Schofro; a daughter in infancy, Mary Roth; and a son-in-law, Pete Schulein; her parents, Roland and Cecelia, nee Gass, Nebgen; four brothers, William “Duck” Nebgen, Roland Nebgen, George Nebgen, and Robert Nebgen; and a sister-in-law, Virginia Nebgen.

Memorials may be made to Hospice of Southern Illinois or to the Belleville Area Humane Society. Condolences may be expressed to the family online at www.rennerfh.com.