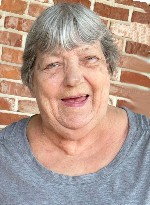 Ms. Arsenault graduated from Inchbald School of Design, London, England, and had worked as a seamstress for over 60 years.

She was preceded in death by her parents, John and Jeanie, nee Akres, Howard; two sisters, Jeanie Akres and Maureen Saunders; and a brother, Johnny Howard.

In lieu of flowers, memorials may be made to the National Kidney Foundation. Condolences may be expressed to the family online at www.rennerfh.com.

Funeral:  A memorial service will be held at 2 p.m. Friday, April 1, 2022, at St. Michael’s Episcopal Church, O’Fallon, IL.  Casual dress. The service will be live streamed via https://www.facebook.com/stmichaelsofallon/.