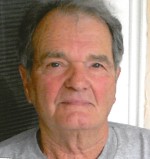 Royce graduated from Bessemer High School in 1956. He continued his education and studied at the University of Alabama and Southern Illinois University of Edwardsville. He was a member of IBEW Local 309 for 53 years, and then belonged to the Retirees Club Local 309 for many years. Royce was a member of First Baptist Church, O’Fallon, IL, and sang in the church choir as well as PSOP Senior Choir. He was a member of the Swansea Moose Lodge #1221 and MidState Illinois Bass Anglers.  Royce enjoyed fishing, golfing, and softball and belonged to Gringo’s fastpitch softball team. He enjoyed playing in pinochle clubs, working in his yard, and volunteering his time to Meals on Wheels.  He was a Cardinal baseball fan and extremely avid lifelong Crimson Tide fan. He loved winter vacations in St. Pete Beach, Florida, and above all else enjoyed his grandchildren and attending their events.

He was preceded in death by his parents, Gilbert L. and Ollie, nee Brooks, Braden; two sisters, Mary Ann (Richard) Whisner, and Patsy Hamilton; and a brother-in-law, Dean Hill.

Memorials may be made to the Alzheimer’s Association or to the Belleville Area Humane Society. Condolences may be expressed to the family online at www.rennerfh.com.

Burial will be at Marissa City Cemetery, Marissa, IL.