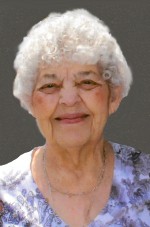 Ruby was a nurse’s aid for more than 35 years before retiring. She also opened her home and helped many children as a foster parent for over 30 years

She was preceded in death by her husband of 55 years, Frank Konradt; her father, John Marriner; her mother, Leona, nee Freyer, Bequette, a sister, Pauline Stoddard; a brother, Wesley Varner; and numerous brothers-in-law and sisters-in-law.

Memorials may be made to Paw’s Care, Inc., Montgomery County, IL., or to any animal rescue or humane society of the donor’s choice. Condolences may be expressed to the family online at www.rennerfh.com.