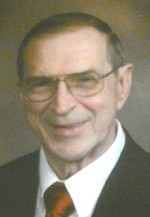 He was born in Princeton, IN, and grew up in Mt. Carmel, IL. He graduated from Mt. Carmel High School and moved to Belleville, IL, in December of 1962, where he met his wife, Judy, on December 2, 1962, at a church function. They were married on June 6, 1965, and had a son, Russell “Rusty” Graydon on April 23, 1967. He received a 2-year associates degree at Belleville Area College, which is now SWIC. He started working at Memorial Hospital and later got a job with IBM as a field engineer in 1967. He and his wife had a sewing machine store, The Perfect Stitch, while he was working for IBM. He retired from IBM in 1982 and opened his own computer store, TPS Computers.

He had a pilot’s license and enjoyed flying.

Russ was a member of the following organizations, St. Matthew United Methodist Church, Belleville Masonic Lodge, and Scottish Rite. He got his amateur radio license at the age of 14, K9LXV, and received his amateur extra class license later. He was a net controller for The Breakfast Amateur Radio Club and logged all check-ins, St. Louis Amateur Radio and Repeater Club, and Packet Radio. He was the treasurer for the Marissa Amateur Radio Club, St. Clair Amateur Radio Club, St. Louis Horseless Carriage Club, and Horsemen’s Benevolent Protective Association. He had a trainer’s license and raced horses at Fairmount Park, Sportsman’s, Arlington, and Hawthorne in Chicago, Kansas City, Dallas-Fort Worth, and Ellis Park in Evansville, IN.

Russ was dearly loved by his family and friends. He will be greatly missed.

He was preceded in death by his parents, Russell and Helen Alice, nee King, Beard.

He is survived by his wife, Judith Ann, nee Boyd, Beard; and a son; Russell Graydon (Jolene) Beard.

In lieu of flowers, memorials may be made to Partners for Pets, St. Jacob, IL. Condolences may be expressed to the family online at www.rennerfh.com.

Burial will be at Mascoutah City Cemetery, Mascoutah, IL, at a later date.