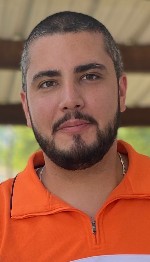 Ryan worked for DB Schenker for over 8 years. He had worked his way up in the company and most recently served as General Manager of the Edwardsville Central Distribution Center. He was a former certified welder, former member of the Carpenter’s Union, and he served in the United States Army National Guard. He enjoyed cooking and grilling while listening to music. He was a fan of all sports especially the St. Louis Blues and Kansas City Chiefs. Most importantly, Ryan loved spending time with his family and friends, laughing and telling jokes.

He was preceded in death by his father, Kevin Wambergue; and his grandparents, Orville and Marcella Waeltz, and Norman and Norma Wambergue.

Memorials may be made to St. Jude Children’s Research Hospital or the Belleville Area Humane Society. Condolences may be expressed to the family online at www.rennerfh.com.